Most recently, I’ve been converting all my development environments to Docker. The primary reason for doing this stemmed from the frustration of installing multiple dependencies on my Mac and trying to keep them up-to-date.

This guide assumes that you have a basic knowledge of Jekyll, Docker and are comfortable working with the Terminal. If not, I would highly recommend that you keep reading as I try to provide documentation links when possible.

Let’s start off with the fact that you have the code for a Jekyll site on your computer. It could be yours or anyone else’s for that matter. 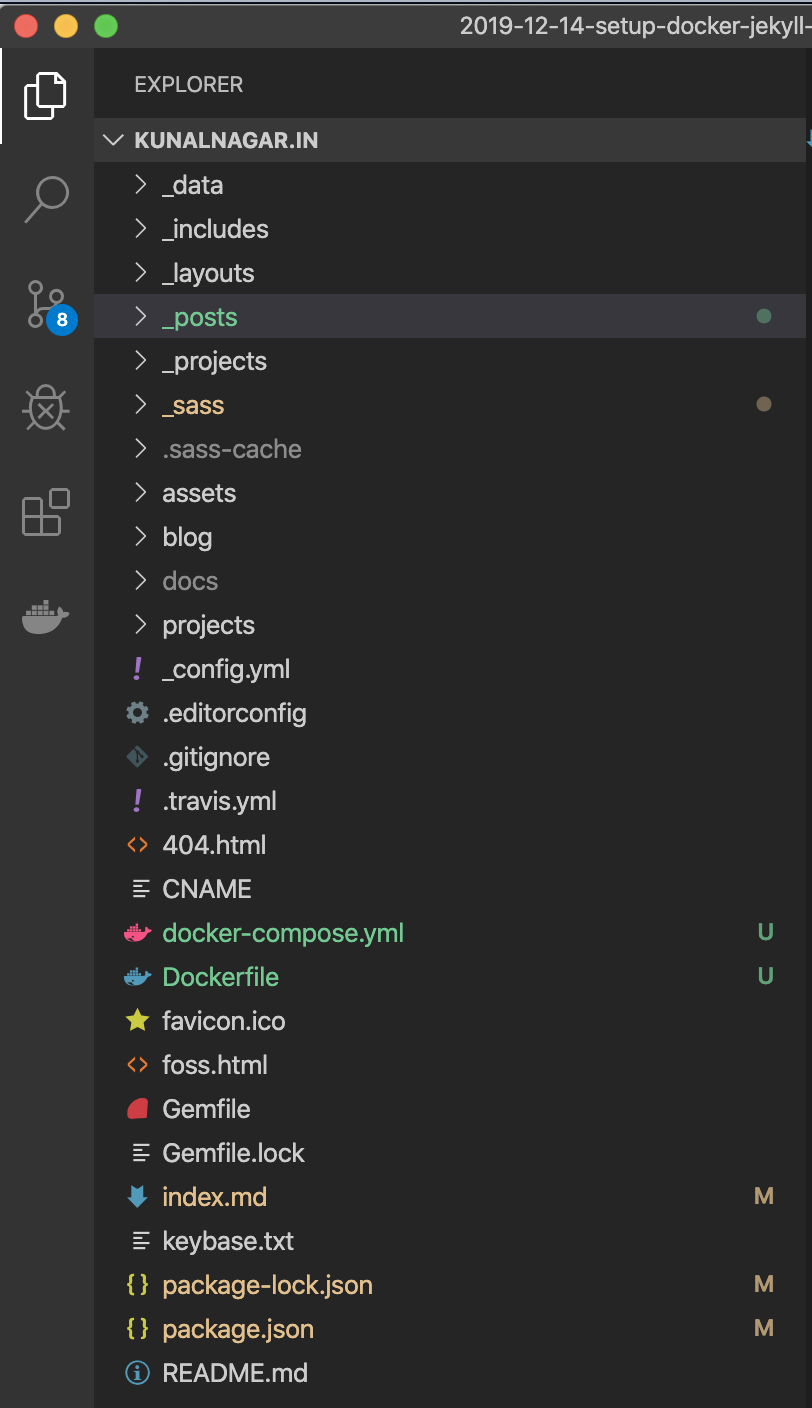 With Docker, we can setup a development environment to run this Jekyll site so we don’t have to install unnecessary dependencies on our computer.

Here is the Dockerfile and here’s what it does:

Here are some optional steps. I have Node and NPM setup to run the development server and create a build if needed:

With the file above, a working Jekyll environment should be setup. Now, we want to map our Jekyll Site to this working environment and start the server. This is where the docker-compose.yml comes in. Here are the steps in brief:

All you need to do is run docker-compose up -d and you’re ready to start working on your Jekyll site at http://localhost:4000

If you run into issues, you can use the following commands to inspect your container:

The code for this website is hosted here if you want to take a look at the big picture and how it all comes together.

Currently, this site is built on Travis with a different configuration than what I have on Docker. Now that I have a development environment set up, I’d like to deploy the same using Travis.